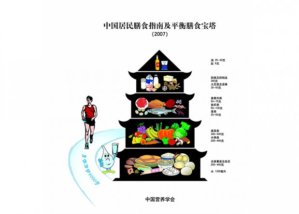 Yesterday afternoon, I listened to a presentation by recent alum Jennie Welch. Jennie was a double major in international relations and East Asian studies. She was a member of both major’s honor societies and a member of Kappa Alpha Theta. Right before graduation, Jennie received a Fulbright grant. A Fulbright grant “sends approximately 800 American scholars and professionals per year to approximately 130 countries, where they lecture and/or conduct research in a wide variety of academic and professional fields.” Jennie decided to use this grant to go to China to conduct research with the NSDRC, the Northwest Socioeconomic Development Research Center in China. While in rural China, Jennie heard that children were having health and nutrition problems, specifically a lack of iron and protein. She then decided to conduct research to try and implement a health education program into schools. In the end, she did a small test study in one of the schools of rural China and the results were not as she expected. There was improvement in the intervention and the controlled schools, which is something you never want in an experiment. She also found that on final comprehension tests, children still could not identify proper food groups, which was the main aspect of the course.

What interested me most about her experience is that when Jennie went and talked to parents, teachers, and children, they all were very enthusiastic about the program and admitted that they needed help. So I wondered, why didn’t her research work? She later mentioned that one problem with the study were the cafeteria workers. The teachers admitted to Jennie that these workers were purposefully making the food bad so that the children would not be filled and satisfied. They did this because these same workers also owned vending shops right outside of school that sold snacks and junk food. When the children soon became hungry again, they would go outside to the food vendors and buy more food. This was astonishing to me that the teachers knew about this and continued to let it happen. Jennie then mentioned that when she asked why they didn’t fire the cafeteria workers, the teachers responded saying that the workers were really close friends with the principal. Clearly unethical behavior does not solely lie on Wall Street. Even in a rural Chinese public school people are hurting others for their own benefit. I still am shocked that people know about this and continue to let it happen. My question is, who and when will someone do something about this?